In a new report published today the RSPCA along with Born Free has revealed the animal welfare 'ticking time bomb' faced by the country due to the extensive trading and keeping of wild animals.

The charities have today published a joint report - The Exotic Pet-demic: UK's ticking timebomb exposed - which calls for urgent changes in the law.

The RSPCA is concerned that the private keeping of exotic wild animals poses significant risks to animal welfare, species conservation, as well as animal and human health, and the environment. 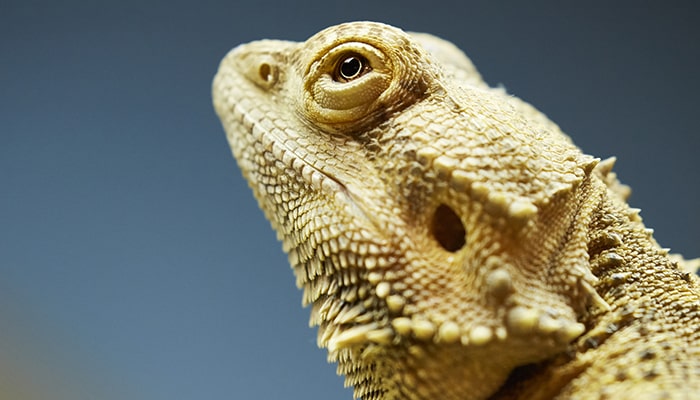 "Last year, the RSPCA handled more than 6,000 calls relating to almost 23,000 exotic pets - from lizards and snakes to raccoon dogs and monkeys. Many of the problems we deal with are the result of a lack of understanding of how to care for exotic pets. These animals have the same, complex needs as their wild kin, but it can be extremely difficult to fulfill those requirements in a domestic environment and that leads to suffering.

"This important report highlights why the Animal Welfare (Kept Animals) Bill, which approaches its 2nd reading, doesn't go far enough, particularly in its failure to propose a full ban on primates being kept as pets. We also want to go further and restrict the keeping of other exotic, wild animals whose needs cannot be met in the home and who face a life of suffering if kept as pets. There needs to be better regulation of the keeping and trade in exotic pets, and we are proposing that the UK Government gives consideration to proposals like a positive list system as a possible way forward.

"This report offers far-reaching recommendations and we hope it will be a springboard to further discussion about the way we regulate the keeping and trading of exotics and improve their welfare."

Recent call outs to the RSPCA have included:

Data shows the shocking extent of wild caught and captive bred animals being imported into the UK, with over 400 CITES** listed species amongst those transported to the UK between 2010 and 2019.

The report provides strong evidence of exotic pets being commonly deprived of one or more of the basic welfare requirements specified in UK legislation, including a suitable environment, suitable diet, the ability to exhibit normal behaviours, social needs, and freedom from pain, suffering, injury and disease.

The practice of keeping exotic animals with complex needs as pets results in extensive animal suffering. 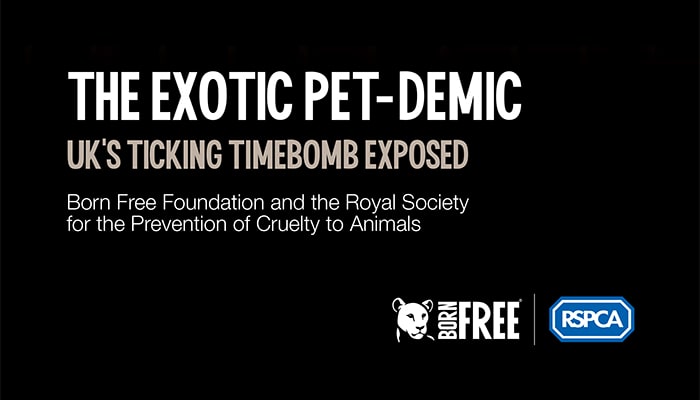 With the release of this new report, The Exotic Pet-demic: UK's ticking time bomb exposed, Born Free and the RSPCA are calling on the UK Government to:

A Born Free petition is also calling for the UK Government to review and reform laws on the private keeping of Dangerous Wild Animals (DWA).