We've given a cautious welcome to new regulations laid by the Welsh Government which aim to end third party selling of young puppies and kittens in Wales. 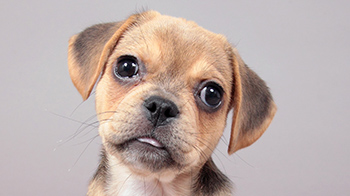 Under the proposals, anyone who wants to sell pets in Wales has to meet minimum animal welfare standards for the first time, with a new licensing scheme introduced for pet sellers. This establishes that puppies or kittens under six months of age not bred by the licence holder cannot be sold.

The law also states that puppies, kittens, ferrets or rabbits cannot be sold until they're at least eight weeks of age - while local authorities across Wales will need to provide more data about the numbers of licenced premises in a locality; ensuring increased understanding of the animal welfare picture across the country.

Licenses must be renewed annually, and are based on existing animal welfare legislation - meaning how sellers treat their animals and comply with the Animal Welfare Act will be a central consideration in whether to grant a seller a licence.

However, we're seeking assurances that rescue centres that rehome animals will be exempt from the ruling - to ensure rescued puppies and kittens can continue to be rehomed.

There's also concern that the regulations don't address potential loopholes - as has been seen since a similar ban came into force in England in April 2020, including third party sellers reinventing themselves as rescues or saying they bred puppies and kittens in another country to circumvent the ban.

Wales is the centre of dog breeding in the UK

Members of the Senedd will vote on the law in the coming weeks - and we believe the regulations coming into force in September must be "the latest step in ... a wide-ranging and holistic journey" to improve welfare outcomes for puppies and kittens in Wales.

The publication of this new law is an important moment for Wales' puppies and kittens. Wales is the centre of dog breeding in the UK, many of which are bred under poor existing standards, so we welcome the law which mandates anyone who commercially sells an animal has to meet minimum welfare standards.  We also welcome the commitment to ban third party selling of puppies and kittens but are concerned the lessons on this ban in England have not been learnt and unscrupulous dealers could continue to operate.

Poor breeding and rearing conditions, unnecessary transportation and being taken from mothers too early is sadly a grim reality for many pups and kittens - and banning third party selling will be an important event in stopping these young animals from being subjected to such situations.

We welcome the commitment for local authorities to publish data about licenced sellers in their area - a first in the UK. The annual renewal of licences will mean regular checks on premises and more information than ever before about the numbers that are selling pets for profits in different parts of Wales. Enforcement will be key to ensure this law raises animal welfare standards, particularly for dog breeding, across Wales.

However, we're seeking clarification that rescue centres - who often save pups and kittens from situations of neglect, cruelty and abuse - will be exempt from this ban; so animals rescued can be rehomed once it is safe and appropriate to do so.

Should rescue centres be exempt, we also urge the Welsh Government to consider plans like those being proposed in Scotland - which aim to deal with existing third party sellers from reinventing themselves as rescues and exploiting a potential loophole in the legislation.

We look forward to working with the Welsh Government, Members of the Senedd and local authorities ahead of and after the vote on this new law. It is expected to come into force in September, in what will be the latest step in what must be a wide-ranging and holistic journey in improving the welfare of puppies and kittens in Wales.

More information on our efforts to improve puppy welfare can be found on our #ForPupsSake campaign to stop puppy imports.