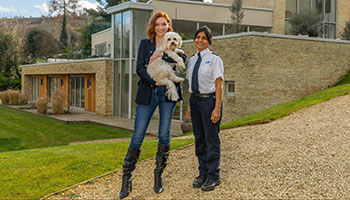 Daisy came into the care of the RSPCA Huddersfield branch in July 2020 after she was being sold online. The seller had six-week-old Daisy in the boot of their car behind a disused restaurant in Halifax. Not only was she too young to be away from her mum but she was also incredibly dirty and matted so the buyer alerted the RSPCA and the puppy was signed over into the charity's care.

Daisy was poorly and suffering from Giardia, a parasite, but after some much-needed TLC she was rehomed to Reena Panesar in Leicester.

Having lost our rescue dog after 16 years in 2019 and my father in 2020, I felt a big void and emptiness. When we rehomed Daisy last year she was only nine weeks old, she settled in so easily and has brought us all so much joy. Daisy has truly been the rescue dog that rescued me. 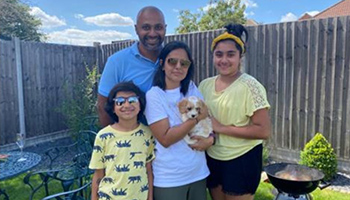 The money we raise together through the Omaze partnership could help RSPCA inspectors be there for even more vulnerable animals like Daisy.

So, do something omazing! Enter the Cotswolds House Draw now.