Our East Winch Wildlife Centre is caring for a seal who sustained a horrific injury caused by a plastic bag embedded around his neck. 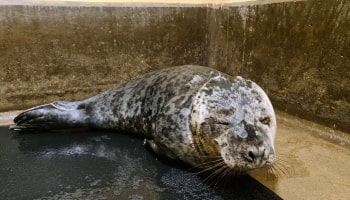 Gnocchi, one of last year's grey pups, was rescued from Walton-on-the-Naze last month by rescuers from the BDMLR who rushed him to our wildlife centre in Norfolk.

When he arrived he had an awful wound around his neck - and when vets first examined him they weren't quite sure what was causing the injury.

But after the seal was given pain relief and antibiotics they began work on removing the restriction from his neck and to their horror, they realised it was a black plastic bag - similar to those used as bin liners.

Unable to free their necks from litter 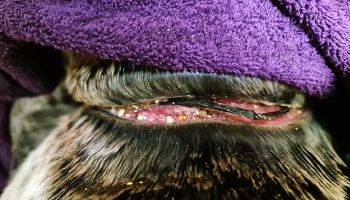 "My heart actually sank when I realised this poor seal was suffering as a result of someone's discarded litter.

"You really think you've seen it all and then along comes something new - which inflicts horrific injuries and causes so much damage.

"It seems such an innocuous object - but this small plastic bag has caused untold pain and injury for poor Gnocchi and it makes me so cross because it could have easily been avoided if people disposed of their litter properly. We have to do more to stop rubbish from ending up in our waters and causing such damage to our precious wildlife. 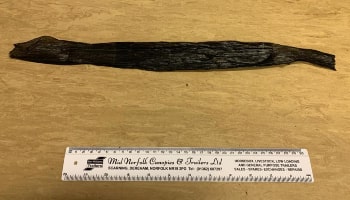 "Gnocchi is going to need weeks, if not months of care, his injury is very deep and infected. We've removed all of the bag from his neck and he's currently being given pain relief and antibiotics as well as regular salt baths.

"The trouble with these types of injuries is that the seals get something caught around their neck - but they can't get them off by themselves and so become trapped in them.

"And as they grow bigger the object then cuts deeper and deeper into their neck - causing these horrendous 'necklace' injuries which are sadly becoming more and more common in seals."

Our East Winch Wildlife Centre has launched a fundraiser to help pay for fish to feed the sick, orphaned and injured seals in their care. The centre cares for over 150 seals each year and the cost of mackerel to feed them is rising, costing us a whopping £3,999 for three pallets of mackerel.

If you see an animal you have concerns about please call our emergency line on 0300 1234 999. Avoid trying to capture or handle an injured seal as they'll bite and have a lot of bacteria in their mouth.

In the last two years, we've received 8,092 calls about animals injured or caught up in litter. That's an average of 11 incidents per day and that's only the ones we know about. You can help animals by joining the Great British Spring Clean and be part of the million mile litter picking mission.