RSPCA Australia has warned British consumers about the country's low animal welfare standards as a trade deal is hammered out, as 'misinformed' trade minister told MPs they were world beating.

However, we've spoken to our sister charity in Australia who has warned that British consumers 'need to know' about the often painful and distressing farming methods used.

Chief Executive of the Australian charity, Richard Mussell said that standards in Australia 'fall below' those in the UK and were 'basic at best'.

He said the country still uses methods long outlawed in the UK and that the standards set in the country are rarely audited and are not mandatory.

"Unfortunately, animal welfare standards in Australia are basic at best. In 2021, we still do not have Australia-wide laws that ban the use of sow stalls in pig production, barren battery cages in egg production or require pain relief for very painful procedures like dehorning of calves and mulesing of lambs. Standards are rarely audited and, unless implemented into law, which few are, they are only voluntary.

"The lack of national leadership on animal welfare in Australia needs to be addressed urgently if the lives of farm animals are going to be significantly improved."

The RSPCA here has been urging the Government not to see farm standards sacrificed for a quick trade deal. 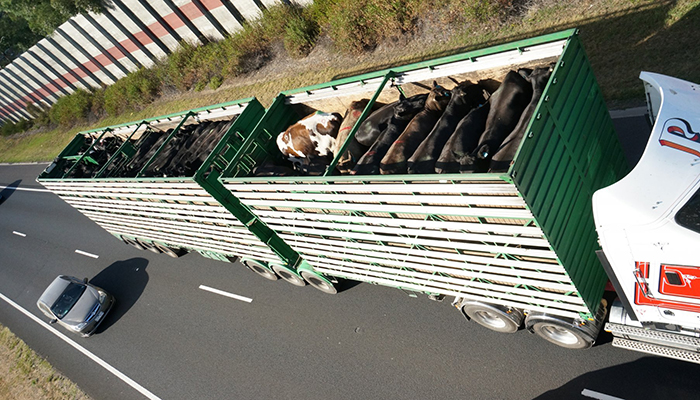 "It is concerning to see that the minister appears to be misinformed about Australian animal welfare standards. This is a critical issue as part of this historic trade deal and it is essential that those making decisions understand the full implications of allowing cheaper, lower standard imports into our country. This puts not only our hard-won animal welfare standards at risk but also the livelihoods of British farmers.

"When many of us think of Australia, we probably picture farmers rearing their animals in the sunshine among vast and idyllic landscapes but the reality is very different - hens in barren battery cages, huge intensive farming systems, cows injected with hormones to promote rapid and unsustainable growth and sheep mutilated using methods that are illegal in the UK to supply the fashion industry.

"As our sister charity has pointed out, standards there fall well short of those in the UK including in the beef sector which is at the heart of these trade negotiations.  Australia does not mandate CCTV in slaughterhouses as we do in England, allows hot branding, permits cattle transportation times that are double that in the UK and has one million cattle reared in barren feedlots without shade.  In the past few years, there have been significant steps forward for animal welfare in this country and the Government has committed to going even further so a deal to allow products from animals reared in conditions which would shock many British consumers is a clear backward step.

"To reach the goal of being a world leader for animal welfare the Government needs to back British farmers and provide the support they need to continuously improve welfare standards. We are very concerned that the door will be opened to lower welfare imports.

"Without protection built into Free Trade Agreements, we risk setting back animal welfare by decades and betraying British farmers."

Jed Goodfellow, who's a Senior Policy lead for RSPCA Australia, talks about the lower welfare practices in Australia. 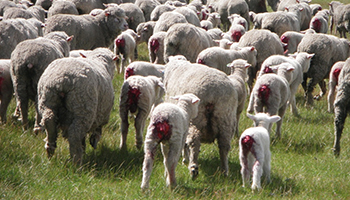 This shocking practice is used in the production of Merino wool and sees young lambs have the skin around their buttocks and the base of their tail cut off with metal shears, allowed in most states without pain relief.

The practice aims to reduce flystrike but leaves a large open, painful wound which can take many weeks to heal, leaving the lambs at risk of infection and even flystrike. There are other more humane solutions to flystrike but plans by the wool industry in Australia to phase it out have not been realised.  More than 4 out of 5 sheep are still mulesed with only one state, Victoria, introducing a requirement for pain relief during mulesing so far.

Mulesing is prohibited in the UK.

40% of beef produced in Australia involves the use of hormones, a practice that is currently not allowed in the UK.

4% of beef is produced on non-grazing feedlots, which limit space and the ability of animals to express their natural behaviours and is not allowed in the UK.

Australia also permits hot branding, a painful procedure not used in the UK.

The 80 slaughterhouses approved for export in Australia have been rated just 2 out of 4 for welfare by RSPCA Australia and there is no compulsory CCTV in slaughterhouses, which is mandatory in England

As the UK prepares to end live exports, the Government is preparing to do a deal with Australia which allows beef cattle to be transported for up to 48 hours without food or water in intense heat. 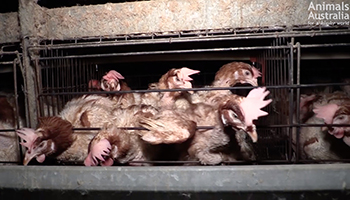 The UK banned barren battery cages for laying hens in 2012 but these are still used in Australia. In these systems hens are given space equivalent to an A4 piece of paper per bird and can see 100,000 birds stacked in cages on top of each other. The lack of space causes stress, an inability to perform their natural behaviours and can lead to health problems.

Chlorinated chicken, which sees carcasses chlorine washed to get rid of bacteria and disease, is currently banned in the UK. It often causes concerns around public health but it also masks a welfare issue as the need to chlorinate the chicken stems from poor conditions in intensive systems which make disease more likely to spread.

Sow stalls were banned in the UK in 1999 and the Government is currently consulting on phasing out the farrowing crate system. Sow stalls are currently permitted in Australia although a large part of the industry has stopped using them. Standard sow stalls in Australia are 2m long and 60cm wide and are used for a maximum of six weeks during pregnancy. They severely restrict the pig¿s ability to move and they cannot even turn around.

As part of its manifesto commitment, the UK Government promised to maintain and where possible, improve standards of animal welfare in the UK, particularly as new free trade agreements (FTAs) were negotiated. The UK has higher legal animal welfare standards than Australia in virtually every area. Australia has limited federal legislation on farm animal welfare and its codes of practice have yet to be converted into legally enforceable standards and guidelines so are non binding.  The only independent guide to legal farm standards, the World Animal Protection Animal Protection Index, scores Australia lower compared to the UK.

To maintain its promises to the public and UK farmers, the Government must ensure tariffs are not relaxed on eggs, beef and pigmeat unless Australia¿s standards are at least equivalent to the UK's
and ensure our bans on imports of products produced with growth promoting agents are maintained.

Take part in our campaign action to stop this trade deal.