RSPCA disappointment by puppy trading and overworked horses at Appleby

RSPCA disappointment by puppy trading and overworked horses at Appleby

The RSPCA was called to assist with a number of animal welfare concerns at Appleby Horse Fair last weekend, including incidents involving horses, dogs and chickens. 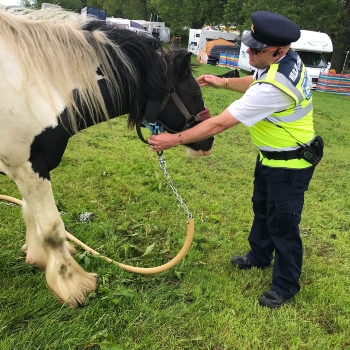 The team of RSPCA inspectors and welfare officers, most of whom have attended the event for many years, dealt with 184 animal welfare incidents over the four-day event in Cumbria. Examples of some of the incidents include issuing eight warnings to owners of horses that were not fit to work due to exhaustion or injury as well as some who were just too young, and a warning notice to the owner of a dog that was suffering from heat stroke.

The team was on-hand to offer welfare advice, support and education for the hundreds of horses brought to the fair, working with equine charities British Horse Society, Blue Cross, Bransby Horses, The Donkey Sanctuary, Oak Tree Animals Redwings Horse Sanctuary and World Horse Welfare - as well as a group of vets.

Sadly we were called to deal with several animal welfare concerns at Appleby, involving injuries on some of the horses, mishandling and even beating of some horses, some tangled in tack or rope, and overriding or overdriving horses who were then exhausted.

It's a real shame that each year a few horse owners and riders let the whole fair down. During the four-day event, we treated a large number of horses brought to us by their owners for advice or medical care for minor injuries or issues.

However, police also seized seven horses, eight puppies and three chickens following welfare concerns, and placed them into our care. We'll be looking into these situations further now and are investigating two cases that may lead to a prosecution.

Two stray dogs were brought to us and have now been taken in by the local dog warden, and we were even called about two fledgling owlets who were found in a nearby village. 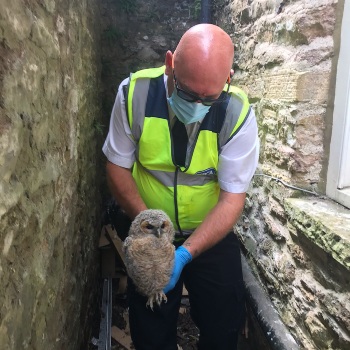 The annual gathering of Gypsy, Roma and Traveller communities in the town of Appleby in Cumbria typically sees up to 40,000 visitors across the four-day event.

The fair has been in existence for 300 years or more and is the largest horse fair in Britain and amongst the oldest in Europe.

In October 2007, the Multi-Agency Strategic Co-ordinating Group (MASCG) was set up to bring together and co-ordinate the work of the key public agencies that have a regulatory role at the fair.