We rescued a family group of six marmosets after their owner contacted us to ask for help and found them a new home at a specialist sanctuary.

Officers visited a home in Bradford, West Yorkshire, in February to catch and transport the primates. They were taken to a vet surgery for check-ups and the males had vasectomies.

"We were contacted by a woman who had bought two marmosets from a pet shop which soon became a family group of six; three females and three males. She'd had the monkeys for five years and approached us to ask for help because she was struggling to meet their needs."

Calling for a ban on keeping primates as pets 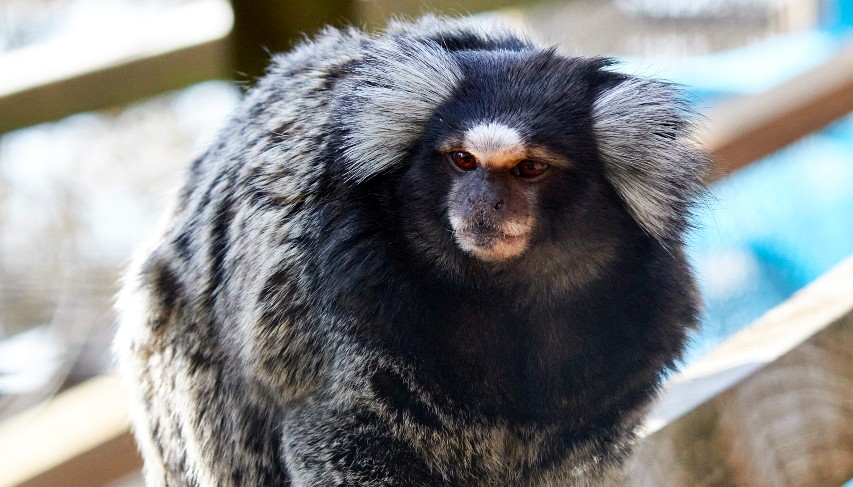 In December 2020, the Government in England launched a consultation - which ended in February - and proposed a ban on the keeping of primates as pets. We welcomed the proposed ban after working with other animal welfare organisations and primate rescue groups for years calling for a ban on keeping primates as pets.

The marmosets have now been moved to a private exotics specialist sanctuary in Cambridgeshire where they now have a large, suitable enclosure and carers who understand primates' complex needs.

"Now, the marmosets have a huge enclosure with the stimulation, space and enrichment they need to keep them happy. However, many of my colleagues have seen primates being kept alone in shocking conditions cooped up in tiny, filthy cages and fed fast food, fizzy drinks and even drugs. Often these primates will have behaviour problems and poor health due to inappropriate care."

Primates needs can't be met in a domestic environment

We're delighted that a ban on keeping primates as pets is now in sight and we hope that the legislation will deliver an end to the keeping and trade of primates as pets.

Primates are intelligent, sentient and highly social animals with complex needs that simply cannot be met in a domestic environment. Just like humans, primates can become depressed without adequate stimulation. They need a spacious and enriched environment that challenges their intelligent brains and allows for them to behave like primates should.

An estimated 5,000 primates are being kept as pets up and down the UK, including marmosets, capuchins and squirrel monkeys.

Read more about why we're calling for a ban on the keeping and trade of primates as pets.