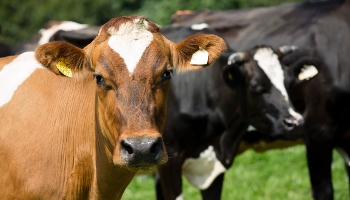 Reports suggest the UK Government will reject the Ag Bill amendment next week, leaving the door open to cheap imports of chlorinated chicken, pork from sow stalls and hormone-fed beef.

The UK Government looks set to dismiss the concerns of 83% of the British public, sacrificing farm animal welfare standards for quick trade deals with countries such as the USA and Australia.

MPs pressured to vote in favour of lower welfare imports

On Monday 12 October, MPs will vote on key amendments to the Agriculture Bill, changes which were recently supported by the Lords, to ensure that the UK's farm animal welfare standards are protected. But reports indicate that the Government is planning to betray the public and pressure MPs to vote against a proposed law in the Bill which would stop food produced to lower welfare standards being allowed into the UK.

Our polling conducted by Savanta ComRes showed that 83% of UK adults agree that the UK shouldn't allow imports of food from the USA that were produced at lower standards than those in the UK.

UK Government breaking promise to protect our farmers and standards

"MPs must vote with their conscience when the Agriculture Bill returns to the Commons next week.

"The government made a manifesto promise to protect animal welfare in the UK as we leave the EU but they have so far refused to enshrine this promise into law. Without clear legislation stopping food produced to lower welfare standards from our shores, we risk setting back animal welfare by decades, causing the suffering of more animals to produce the food on our plates and failing to protect British farmers.

"If the government votes against this amendment, as recent reports suggest they will, they're betraying the UK public's strongly voiced wishes to maintain our hard-won high animal welfare standards and they'll be threatening UK farmers' livelihoods. We cannot stand by if our animal welfare standards are trashed by the Government for the sake of a quick deal with the USA or Australia."

With the looming prospect of a no deal Brexit, we've warned that without new laws we could open the floodgates to cheap products produced to lower welfare standards coming into the UK from places like the USA, Canada and Australia.

This could undercut UK farms, putting them out of business and filling supermarket shelves with:

Encourage your MP to stand for our welfare standards