Advice to the public after people impersonate RSPCA staff

Advice to the public after people impersonate RSPCA staff

Over recent weeks we've been made aware of incidents where people are posing as fake RSPCA inspectors or impersonating our staff and this is extremely worrying.

We want to ensure that the public, their animals and our own staff are safe, and that our officers can continue to carry out their vital work without being compromised by bogus officials. 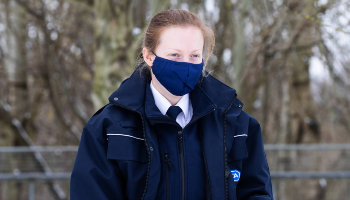 Thankfully, there have been only a handful of incidents that have been officially reported. However, we're aware that many alleged incidents circulating on social media may not have been actual cases of people trying to pass as bogus officials and, in some cases, our own officers have been stopped in their work vehicles and asked to prove they are genuine staff members.

We're also extremely concerned to hear that some fraud callers are mirroring our emergency hotline number (0300 1234 999) to make outgoing calls claiming to be calling from the RSPCA; while this number should be dialled by members of the public trying to report animal cruelty, outgoing calls made by our control centre will never display as this number. If you receive a call from this number we would urge you not to divulge any personal information, to hang up and to report this to police.

What the RSPCA does and doesn't do