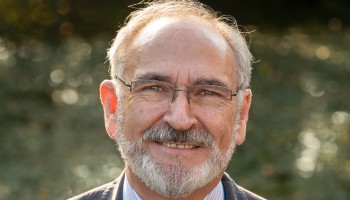 Kevin was an RSPCA member as a teenager. Between 1974 and 2004, he was a uniformed inspector investigating cruelty and rescuing animals and served in the Special Operations Unit investigating serious animal welfare crime across the UK and Europe, specialising in the international transportation of farm stock, animal slaughter, domestic animal breeding and trafficking as well as wildlife crime.

Kevin was later promoted to chief inspector in Hertfordshire and after three years returned to our head office, recruiting and training inspectors here and abroad. Between 2004 and 2008 he was the CEO of The Bahamas Humane Society before returning as inspectorate national compliance manager. Kevin then became Chief Inspectorate Officer between 2012 and 2015. Within his directorate was the Special Operations Unit and the National Control Centre. The team responded to 1.3 million calls and reports of animal cruelty and requests annually.

After retiring from his 41 year RSPCA career, Kevin started voluntary work in the wildlife conservation and animal care sectors. In December 2015, Kevin was appointed trustee of the council of the Japan Animal Welfare Society UK and in 2019, trustee for the RSPCA.