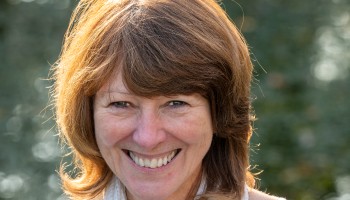 Karen has supported the RSPCA since her early teens when she became involved with the campaign to stop the export of live food animals. She served on the council between 2010 and 2016, originally as a national trustee and then as the regional representative for the South West Region.

Karen also served as treasurer for two years and as a temporary trustee of the Isle of Wight branch. Locally, she has also volunteered at events at West Hatch Wildlife Centre.

Karen became a trustee of the South East Somerset branch in 2005, where her front-line roles included fostering, animal collection, fundraising, volunteer recruitment and home checking. Behind the scenes, Karen acted as minutes secretary and membership secretary and assisted with the setting up of the branch's first two shops. Karen was also chair of the South East Somerset branch between 2016 and 2019.