Yesterday's Agriculture Bill Committee debate in the House Lords once again failed to convince us that the UK's farm animal welfare standards will be protected as the Government starts to conclude trade agreements. 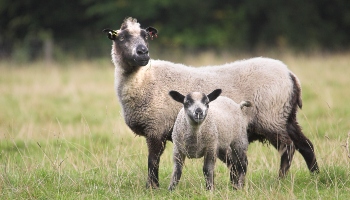 The debate focused on proposals to put animal welfare at the heart of our trade policy and ensure lower welfare imports do not undercut British farmers, the creation of a 'Trade Commission', and gene editing. It concluded with no solid agreement made by the Government as to how they'll fulfil their manifesto commitment to ensure the UK's farm welfare standards are upheld in any trade agreement.

We're worried the Government could sell out our animal welfare standards

"This is yet another disappointing conclusion to the ongoing debate to put animal welfare into the Government's trade agenda.

"I hoped the Government would agree with the over 40 Lords who spoke in favour of the proposal to give a cast-iron guarantee to safeguard our farm standards by putting this into the Agriculture Bill. They failed this simple test. I have yet to be convinced that their manifesto claims will be formally written into law.

"Today the Government had a real opportunity to deliver on Ministers' promises that they will not sell out on our animal welfare standards, yet they did not.

"The new Trade Commission met for the first time today. We've repeatedly raised concerns it needs to be transparent, expert and answerable to Parliament. Though we feel the Commission could be valuable in protecting welfare standards and continue to offer our help and involvement, we remain concerned that it could simply be a Trojan horse which fails to fulfil the Government's manifesto promises to protect welfare standards."

Our polling conducted by Savanta ComRes showed that 83% of UK adults agree that the UK should not allow imports of food from the USA that were produced at lower standards than those in the UK.

We've campaigned extensively during the past two years for a number of important animal welfare measures in the Bill, and whilst it is pleased that farm support payments will be available to improve animal welfare, these could still be undercut by cheaper imports from systems that are illegal here.

A once in a lifetime opportunity to change animal welfare legislation

Our message is clear: we want the Government to stop dragging its heels and enshrine these vital changes to safeguard our hard-fought farm animal welfare laws. This is a once in a lifetime opportunity to change the lives of billions of farm animals by creating a system to support British farmers and our farm legislation. We know the public wants this, we know that farmers want it, and we now know that Lords want it, so let's make this official and have it enshrined in law.

Proposals in the Bill show promising support for farmers

We support the Bill's proposals to develop a scheme to provide financial rewards for farmers in England who improve their animal welfare practices - an approach we actively encouraged - as well as the official recognition of animal welfare as a 'public good'.

We'll be continuing our campaign with the Agriculture Bill to ensure farm animal welfare is protected.

Subscribe to our campaign emails to get an update when the next action is live.