null Five myths I believed about the RSPCA (that I shouldn't have!)

Five myths I believed about the RSPCA (that I shouldn't have!)

Before joining the RSPCA in May 2020, I watched every rescue programme available and dreamt of using my skills in a way that would help improve the lives of animals. When the job of social media officer at the RSPCA became available, I knew I had to apply, no doubt about it!

How my opinion of the RSPCA changed over six months

Working in social media can have its perks, for example, seeing super cute animal pictures being sent in by our supporters (which we really appreciate by the way!) and truly knowing that you're making a difference for animals in need. However, these highs are far from what the job consists of 90% of the time... 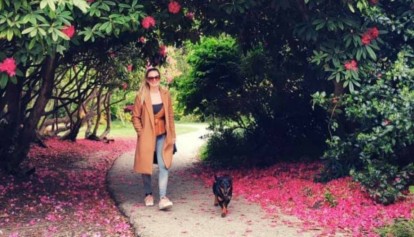 Every day, we're sent horrific pictures or videos from the public wishing to report something that they've seen online or first-hand.

We also receive a lot of hate for not being able to be everywhere at once. Both are incredibly hard to face. It's safe to say that I was naive about how many cases of animal cruelty go on behind closed doors.

Working for the RSPCA has been a huge eye-opener (a shocking one) and has sadly revealed how many animals are still suffering and in need of help every day. It's also highlighted the breadth of the work our teams do, as well as our frustrating limitations and restrictions as the only charity of our kind.

Here are the five biggest misconceptions that I held about the RSPCA before joining the team earlier this year:

1. 'The RSPCA has legal powers'

Like many others, I previously believed that the RSPCA has the legal power to step in and take action for any animal who needs our help, or who are in a situation that ourselves and other animal lovers wouldn't approve of. Oh, how wrong I was! The law is one of the biggest challenges that we have to face daily. What people don't realise (myself included, before this year!) is that we have no more power than the general public.

Unfortunately, the laws protecting animals are nowhere near as strong as we would want them to be, which is why we aren't always able to act. If no law is being broken, sadly we can't do anything, even if we desperately want to. For example, it's not illegal to keep a dog outside and so while we might not agree with it, no laws are actually being broken and our animal rescuers (frustratingly) can't act.

This can be incredibly infuriating for the person who has made the report, the investigating inspector and for ourselves too - when a situation is far from ideal but not technically illegal. I would say this is also one of the most frustrating parts of my job - seeing an animal in a condition that myself or any animal lover would not agree with, but not being able to act because no laws are being broken.

In these situations, an inspector can only talk to the owner to try to educate them about their pet's welfare needs or encourage them to sign the animal over to us if their needs can't be met due to the environment or circumstances. Hopefully, this results in the necessary change, but we will often seek to take further action if it's not.

When I started out in my role, I was also surprised to discover that an inspector doesn't have the power to remove an animal unless a police officer seizes them - and only once a vet has deemed that they're suffering.

Outdated or insufficient laws are also why we campaign so hard for new and improved ones. Whether that's tougher sentencing, ending live exports or banning puppy imports - we're always lobbying for better lives for animals.

In the past, I've made my fair share of calls concerning animals I have found in need of help. One was an eight-week-old kitten, who had been dumped before climbing into a car engine bay and finding himself stuck. After rescuing the kitten, I phoned the RSPCA to seek help (I was a student at the time and wasn't permitted to have animals stay with me at the university). 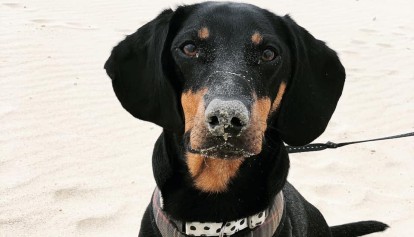 After five hours passed, I remember thinking: "why is it taking them so long to come out and collect this kitten?" - of course, I was completely unaware of the high amount of calls the RSPCA receives every single day (approximately one every 30 seconds!).

With only 270 inspectors and 100 animal rescue officers operating across the whole of England and Wales - that's a lot of calls to respond to across a lot of ground! It's very easy to think that your report is a high priority and that an officer is ready and waiting for the next important job to be called in. Truthfully, you'd be surprised by the seriousness of many of the cases our inspectors are being called out to every single day.

In just the first six months of my time here, I've seen cases that are sickening, upsetting and totally infuriating. I'm sure my poor kitten would have understood if he knew why he had to wait a little while for his food and bed that day!

It can also be very easy to forget that we're just a charity, at the end of the day, rather than a tax-funded service. Plus, we're the only charity of our kind. We do so much varied work - rescuing and rehabilitating animals, investigating cruelty and prosecuting abusers, as well as rehoming domestic and farmed animals. We also help wildlife and lab animals too! Being a charity (and an exceptionally busy one at that!) comes with restrictions - lots and lots of them.

However, we'll always respond as soon as possible and we'll be sure to direct you to an alternative source of help if we're unable to attend as quickly as the animal needs us, such as a wildlife rehabilitator for injured or orphaned wild animals.

3. 'The RSPCA is allowed to tell you when action is being taken'

A lot more goes on behind the scenes that the public wouldn't necessarily know about! We receive hundreds of messages on social media every day, and our tiny team tries to read and respond to every single one as quickly as we can (that includes long after-hours shifts and big mugs of coffee!). 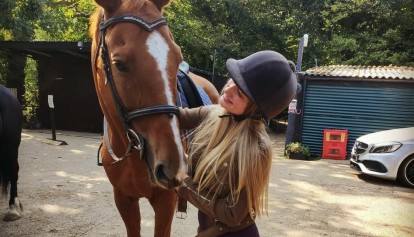 A large amount of these messages are either the public trying to report a case or requesting an update on an issue they've seen online.

Something I hadn't ever considered before starting my role at the RSPCA is that when we have an open case, we're unable to share with the public what actions are being taken.

By doing so we could breach the law (hello GDPR) and end up with a hefty fine, as well as compromise an investigation or prejudice a prosecution.

If the case involves an individual (particularly if they've been named publicly on social media) we're not able to discuss the case until a successful prosecution has taken place. If one doesn't, we may never be able to tell people what action we've taken, as much as we may want to.

A frustrating part of the job is knowing that we're dealing with a report and seeing people expressing anger on social media about us not doing anything - when in reality, we just aren't able to tell them.

Read more about the opportunities and struggles involved in helping animals on social media.

4. 'The RSPCA only work in England and Wales'

Prior to joining the RSPCA, I assumed that the work we did only affected animals in England and Wales. I was completely unaware that we have a dedicated International team who help to improve and develop better laws overseas. They also work hard to improve public awareness through education and training in Asia, Africa and Europe. This work even includes farm and lab animals too!

We don't have offices and rescue staff abroad, but we do work with the local partners to deliver whatever knowledge, expertise and experience we have that's useful to a particular country.

You can follow the International team on Twitter for updates on the impressive impact of their work.

5. 'The RSPCA help mostly animals in the home (not in farms, fields and laboratories)'

I was totally unaware that more than 100 million animals are used each year in research and testing worldwide, with around four million in the UK alone. Animals are used for many different purposes, and each clearly raises specific animal welfare, ethical and scientific concerns and issues.

We have a dedicated Animals in Science team who are committed to helping lab animals and other animals used in science. A major focus for the team is their pioneering project to end 'severe' suffering in lab animals - which has so far seen an amazing 51% reduction in the number of lab animals impacted in this way in the UK.

Replacing all animal experiments with humane alternatives is the primary aim, but sadly, this won't be achieved overnight. Until it is, our experts will continue to work with those involved in the regulation, care and use of lab animals, in the UK and internationally, to reduce animal use and suffering. Their work is making a real difference, but they're always pushing for more.

You can keep up-to-date with the Animals in Science team's work on Twitter.

Working for the RSPCA for the last six months has been a huge eye-opener. My role has helped me to gain a better perspective on our limitations but also our opportunities to help needy animals every day. 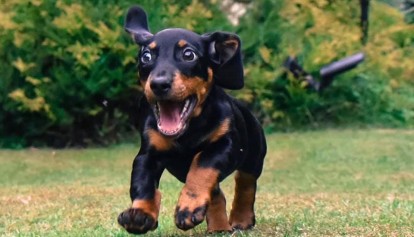 While fighting for better animal welfare can be daunting (and sometimes frustrating!), I always end the day knowing that, as a team, we've made a real difference for animals in need.

Whether that's helping match an adopter to a rescue animal on Facebook or directing a concerned member of the public to the right resources that can help them and their pet (or another animal) - it's another step in the right direction for those who need our help. It's knowing that we're making a difference that motivates me, even on those long and tiring days. It makes my work so fulfilling and I know that the whole team feels the same.

Join the conversation on social media

We truly love speaking with our supporters on our social media channels - it helps us to feel a part of something much bigger! If you haven't already, you can join the conversation right now by connecting with us on:

Make a difference by campaigning for better animal welfare

Join our network of passionate campaigners to help improve the welfare of domestic, farm and wild animals all from the comfort of your own home! Our animals need you.

Stand up for animals.