null Crufts 2020: The positives and the problems

Crufts 2020: The positives and the problems

A guest blog written by our passionate vet and animal-lover, Dr Michael Lazaris.

For anyone interested in the amazing things dogs can do, this is often considered the show to watch, with over 200 dog breeds competing not only for Best In Show, but for top prizes in obedience, agility, flyball, and even freestyle and heelwork to music (there's nothing cuter than a dog getting his groove on to some tunes!). Although my personal heart-warming highlight of the competition has to be Scruffts, where crossbreeds can compete.

The very first Crufts was held in 1891 in London when Charles Cruft created a dog show for all breeds and 2,000 entered. Fast-forward 129 years and the show is broadcast across the globe, with over 20,000 dogs competing for the top titles. 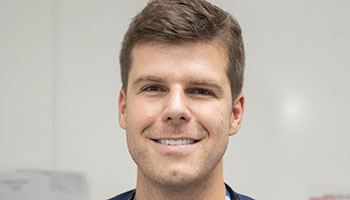 For the breeders, the big prize is the 'Best in Show' and the dogs who enter must have won a top spot in a smaller dog show in the year leading up to Crufts, which is owned and organised by the Kennel Club. While it's interesting to see pooches of all shapes and sizes being shown off in the ring, as a vet, the most enjoyment I get from watching Crufts comes from the challenges where we see the true potential of our four-legged companions...

The agility competition is fast and furious, with the fittest and smartest of dogs (pure and crossbreeds) manoeuvring through a tricky obstacle course of ramps, poles and tubes in the quickest time possible. Not only does it test the dog's physical limits, but it shows a huge amount of talent and dedication from their owners too. Learning how to teach a dog these tricky commands is no easy feat, and it highlights the incredibly close human-animal bond that they've developed. It really is inspiring!

If it's real speed you're after, flyball is the competition for you. Teams of four dogs compete in a relay to fetch a ball (obviously!) while jumping over hurdles. Don't blink though - the fastest time at Crufts Flyball is 15.2 seconds! Seeing these ultra-fit dogs really is a stark comparison to all of the obese dogs us vets treat nowadays; those who spend more time on the sofa than running after balls in the park. Dogs are born to run, and society's acceptance of overweight dogs being cute really needs to end!

Even though the show has millions of admirers, and showcases the many wonders of our canine companions, Crufts has come under some scrutiny in recent years with organisations including the RSPCA and Dogs Trust so worried about the impact of pedigree dog breeding practices on dog welfare that they haven't attended since 2009.

The BBC programme Pedigree Dogs Exposed blamed Crufts for promoting breed standards which can have detrimental effects on a dog's health, such as dangerously flat faces and excessive skin folds, which can cause major health problems and seriously impact on the dog's quality of life.

In order to achieve and closely match a certain look, or breed standard, breeders will only mate dogs of the same breed together, and often these dogs are closely related. This rapidly narrows down the gene pool and increases the risk of hereditary disease becoming more common, such as hip dysplasia, cancer and heart disease.

The Kennel Club has taken some measures to control some of the extreme features - such as Breed Watch to educate competitors on responsible breeding - and has grouped high-risk dogs as Category 3 Breeds, such as pugs, German shepherds and bulldogs. But despite these changes, we believe much more needs to be done to protect the welfare of these dogs and ensure that all breeders - and judges - are prioritising the health and temperaments of these dogs over their looks.

The main problem I have is what happens after Crufts. The show often creates a buzz around certain breeds, which can drive up their demand by the public. This can lead to irresponsible and unregulated breeders cashing in without giving two hoots about the dogs' welfare and all the genetic conditions they could be promoting. It can also lead to an increase in breeds of dogs which - because of the way they look - are highly likely to suffer. As vets, we then end up having to treat severely ill or deformed dogs that have to live the rest of their lives with these horrible conditions.

Watching parts of Crufts is an amazing and heart-warming experience, and really champions the happiness and companionship dogs bring to our lives. I'll say one thing, however, if you really are considering buying a pedigree dog, do your research, look up all the genetic disease they might carry as well as the effects certain physical features can cause, and find yourself a responsible breeder.

Better yet, get yourself a rescue!