null Is this really the end of China's dog meat trade?

Is this really the end of China's dog meat trade?

A guest blog by Paul Littlefair, our Head of International. Paul has been committed to promoting animal welfare in China and other parts of East Asia since 1998.

What is the Yulin Festival?

Every summer the attention of dog lovers around the world is drawn to China, where a 10-day 'festival' is held on 21 June in the city of Yulin to celebrate the consumption of dog meat. What takes place is not a formal event at all - the festival has no long history or cultural pedigree, but was started only a decade ago by traders to promote local food business.

This year, as the event approached, an unexpected development shone the spotlight even more intensely on Yulin. On 29 May, China's agriculture ministry formally announced that dogs would not be included on a new list of permitted livestock species, declaring that they should no longer be considered as food animals. What does this surprising news mean? Would the Yulin festival be banned? Is the dog meat trade really finished?

How big is the dog meat trade?

Many people are curious about just how big the dog meat trade is. It's estimated that at least ten million dogs are eaten in China every year - but it's far from universally popular. Dog meat is relatively common in certain parts of the country, particularly the southernmost provinces of Guangdong and the Guangxi Zhuang Autonomous Region (where Yulin is located). Dog meat is also present in the northeast of China. Elsewhere, however, dog eating is either virtually non-existent or the habit of a very small minority.

Although there were attempts in the 80s to set up commercial dog farms (similar to those found in Korea),  they were generally unsuccessful. Some small scale farming goes on but the trade in China is based largely on the theft of pets or the catching of lost or abandoned street animals.

The dogs are then transported often long distances by truck, in extremely cramped conditions where they're openly exposed to the elements. At the end of their journey, they're faced with the most unimaginably cruel slaughter, where they're clubbed or stabbed and sometimes skinned alive.

China is turning its back on animal cruelty

What is usually underreported is just how 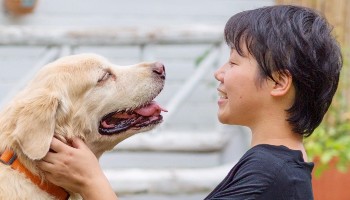 controversial and divisive the dog-eating issue is within China itself. In the early years of the Yulin event, almost all of the condemnation was heard from voices abroad.

However, in recent years, the festival has often drawn a heated response across the country's vast social media platforms, with strong opinions expressed in the official media too. The domestic backlash against Yulin over the last three years has been so significant that it has been deliberately censored from social media sites such as Weibo. Many of the trucks used to transport dogs have also been successfully intercepted by local animal protection groups and the animals have been rescued.

So, Yulin is only a small part of the picture. What has become more clear - year on year - is that the central government in Beijing is embarrassed by the dog meat trade in general, as well as the international criticism it attracts. Animal cruelty is increasingly seen by many Chinese as a source of shame and even a major blot on the country's image.

What has prevented the authorities from banning Yulin, or dog meat in general?

China currently has no legislation protecting animals from abuse. In plain terms, this means the state does not intervene to stop people from treating animals in any way they please. The only prohibitions apply to the killing or consuming of protected wildlife.

The fact that the dog meat trade continues is often cited as evidence that nothing has changed for animals there, but this is far from true, particularly when it comes to the status of dogs and how they are perceived. The controversy around the Yulin festival has actually played a crucial part in building momentum for anti-cruelty law... 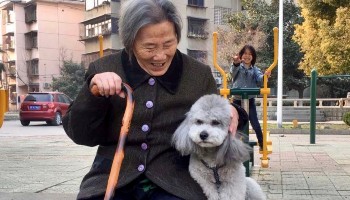 As early as 2007, we began working closely with a group of Chinese environmental law experts to draft the country's first-ever animal protection legislation.

The 'Prevention of Cruelty to Animals Act of the People's Republic of China ('Experts' Draft')' was published in 2009, and its impact was felt in a variety of ways.

In particular, it consolidated language around animal protection, defining concepts such as 'cruelty' and 'abandonment' while also promoting responsible pet ownership.

Although the draft law has not yet been passed, it remains a work in progress, drawing broad support from the public and many members of both 'houses' of China's parliament, the National People's Congress and the Chinese People's Political Consultative Conference.

In China, dogs are often seen as a threat to the public

Historically, there's been a tension between dog owners and other residents in parts of China. Some of this conflict comes from an ingrained view that dogs are mainly a nuisance and even a threat to the public.

This negative view of dogs goes back many decades. Most Chinese over the age of thirty have at some time witnessed dog culling, when local authorities would dispatch gangs to kill dogs. They would do this sometimes after a single dog-bite incident but also in response to genuine or suspected rabies cases. At other times they did so simply when they felt that the stray population had reached intolerable levels. These gangs would certainly target any loose dog on the street but in many instances, they killed owned animals, sometimes even when they were leashed, vaccinated and with their owners.

We still see tensions between the dog-owning community and those who continue to see dogs as a threat. Some of this ill-feeling has been fuelled by careless dog-owners themselves, who may not always show the neighbourly consideration they should. There's certainly a need for education in dog behaviour and promotion of responsible ownership. The more enlightened city governments are anxious to reduce this conflict and so the needs and expectations of rising numbers of urban dog owners are being increasingly taken into account. City parks now often feature areas set aside for dog exercise, with owners urged to register, identify and of course to pick up after their dogs, as in many other countries.

Dogs are increasingly being accepted as pets in China

The pet boom has played a huge part in the change in Chinese society's attitudes towards animals. Some estimates put the increase in dog ownership at about fivefold - from an estimated ten million in 2001 to more than 52 million today. This has been brought about mainly by economic growth, as prosperity has provided more disposable income, housing space and leisure time to most urban Chinese.

There are social reasons too. China's one-child policy (which was in place from 1979 to 2015) produced two generations of only children, and in many cases, parents may have provided a pet dog for their child for companionship and as a substitute for siblings. 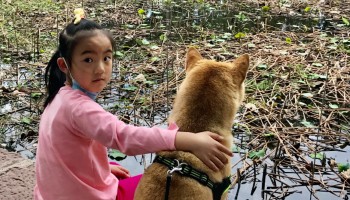 At the same time, many elderly Chinese, who in earlier times would have spent their retirement living with a son's family ('three generations under one roof') now find that they have their own apartment, often some distance from children.

Many live alone, with fewer childcare duties involving grandchildren. As a result, they are more likely to find time for - and develop an interest in - keeping pets.

Of course, to many Chinese people themselves, this increasing love for dogs seems totally at odds with the cruelty that seems to go on unchecked in the dog meat trade...

Dogs are no longer considered livestock

This brings us to the government's sudden announcement - that dogs are no longer considered livestock.

Why now? What does this mean for dogs in China?

On the one hand, the COVID-19 pandemic has clearly focused the minds of the authorities on the connections between the way we consume animals and human health. At the same time, in the background, we've seen this slow shift in the status of dogs and that is bringing about a change in attitudes towards animals in general.

In February, the Chinese authorities reacted to the pandemic by temporarily banning the use of wild animals for food. Many local governments responded quite promptly by making the ban permanent in their areas. The cities of Shenzhen and Zhuhai, in Guangdong province, took it a step further and included a ban on dog eating alongside their wildlife bans.

Shortly afterwards, the central government in Beijing went further still, with a move that would have implications nationally. The Ministry of Agriculture & Rural Affairs (MARA) launched a public consultation on plans for a 'positive list' of permitted livestock species, with the remarkable proposal to explicitly exclude dogs from the list.

The government explained its reasoning in an unprecedented admission:

In line with the progress of human civilisation and the public's concern and desire for animal protection, dogs have gone from being traditional domestic livestock to becoming 'specialised' as companion animals. Internationally, they are generally not considered to be livestock and it is not appropriate for them to be managed as livestock in China either.

That brings us back to our main question: is this really the end for the dog meat trade? My answer would be: probably not quite yet, but its days are numbered.

It remains to be seen what this transformation of dogs (from domestic livestock to companion animals) will mean on the ground. In theory, it should mean that dogs can't be reared as food animals and that dog meat cannot be commercially sold to the public.

This, month the Yulin festival has gone ahead, although it appears to be very low-key compared to previous years. There has been some heated online discussion in China, highlighting the contradiction between MARA's new announcement and the fact that there have been no obvious moves by local officials to ban the festival.

In the future, just how the government's ruling will translate into action on the ground is not clear. But even if dog eating continues at a discreet, small-scale, local level, MARA's decision sends a very clear message which will trickle down across the country: the state does not regard dogs as food animals. This is a revolutionary change.

To keep up to date with all of our latest news, you can join our email newsletter - we would love to have you!