We've welcomed the announcement that the EFRA Committee's report is calling for a full-scale review of current dog control legislation and policy.

We've been calling for a parliamentary inquiry into the effectiveness of Breed Specific Legislation (BSL) in protecting public safety and dog welfare since August 2016.

Over 84,000 people supported our campaign and the need for a different approach.

The report released by EFRA today (Wednesday) is calling on the UK Government to remove the ban on rehoming these banned types to new owners as currently, it results in the unnecessary euthanasia of good-tempered dogs that could have been safely rehomed. It also asks for an independent review into the factors affecting dog aggression, and a new Dog Control Act to facilitate early intervention in dog incidents, as well as better education for children and dog owners.

BSL has been failing to protect public safety for 27 years and countless dogs have suffered or died because of this unfit and draconian law. Our own research has shown that there is a lack of scientific evidence to support BSL and positive evidence against it. We fully support the call for a comprehensive review of dog control legislation and policy and are confident that the outcome will be one which recommends breed neutral legislation. We now look forward to the UK Government acting upon these recommendations so that public safety and dog welfare is protected.

Alison Green, the owner of Jack, a very friendly dog who was identified as a pitbull terrier type, said:

This report is common sense at last where common sense has been lacking. This draconian law needs to change and although this is a welcome step there is still a long way to go.

Alison, who is part of the Draconian Dogs Act group, helped to overturn a destruction order on Jack when she applied to be his keeper and showed she could look after him.

BSL has failed to protect anyone. It has resulted in the deaths of thousands of dogs, cost millions in taxpayers' money, and will never achieve its aim. 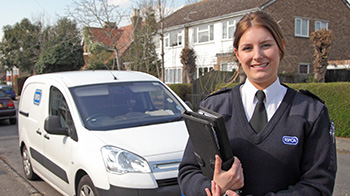