We're investigating after a tiny, sick pug puppy was dumped on the doorstep of a vet practice in Essex.

Six-week-old black pug pup Mr Buggles (as he was nicknamed by vet staff) was found in a plastic laundry basket left on the doorstep of a veterinary surgery in Southend Road, Grays, at lunchtime on 10 December. 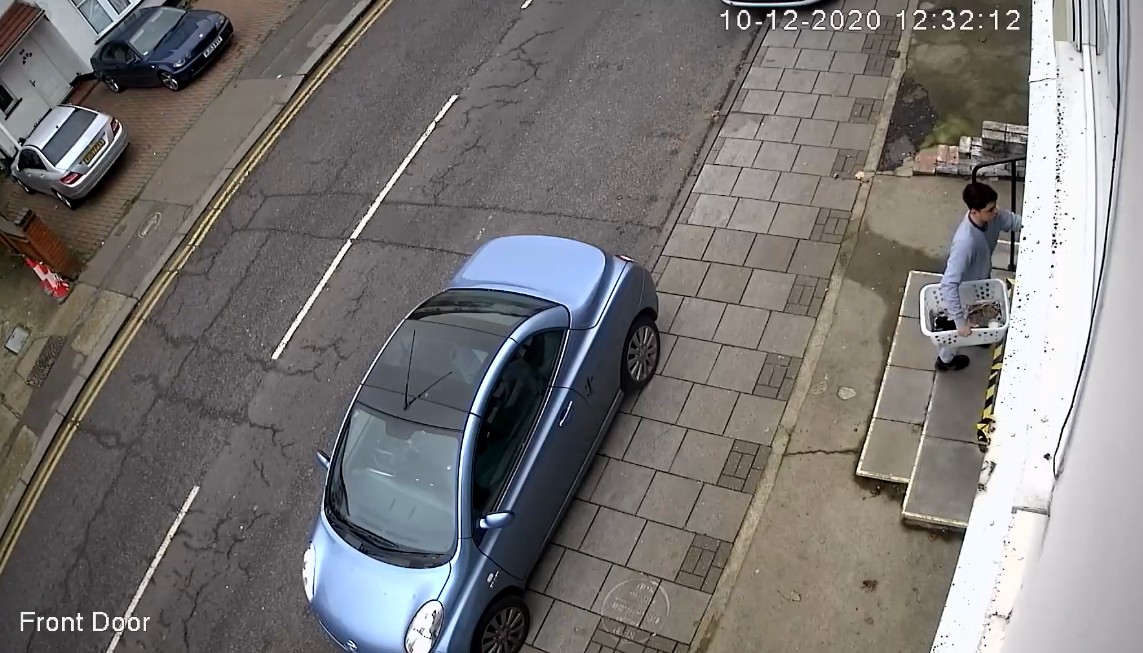 This tiny little puppy was in a terrible condition. He was emaciated, weak and had a ruptured eye. Veterinary staff took him home with them to provide round-the-clock care but, sadly, he deteriorated and they felt the only option was to put him to sleep to end his suffering.

CCTV cameras at the practice recorded stills of the moment a young man with dark hair wearing a grey jumper left the little pup on the doorstep. Mr Buggles was left in a filthy washing basket with a dish of food and one of milk.

Do you have information that could help us?

We're now investigating and would like to speak to the man to find out where Mr Buggles came from.

"He was only six-weeks-old so my concern is that there could be a mother dog and other puppies who may be in a similar condition and need urgent veterinary treatment. Anyone with information about Mr Buggles or who recognises this man should contact our appeal line on 0300 123 8018." 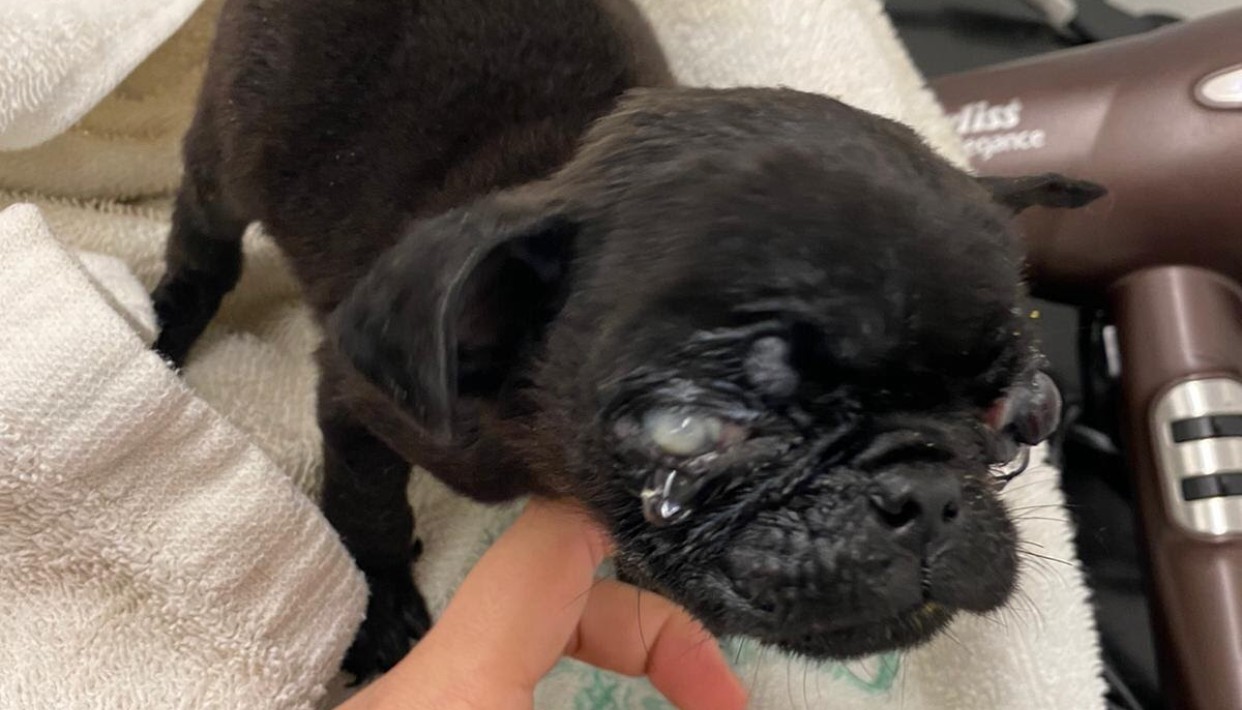 Unfortunately, many breeds of dogs can suffer from severe health problems caused by the way they've been bred to have exaggerated features, such as large eyes and flat faces. Pugs, like Mr Buggle, can have life-long problems due to their flat faces including difficult breathing. They can also suffer from eye conditions due to their bulbous eyes.

"I fear that Mr Buggle and his siblings were bred by people who wanted to cash in on the demand for puppies during lockdown and were destined to be sold on the Christmas market.

"Unfortunately, there are many breeders and sellers out there who put profits ahead of the welfare of their dogs and, tragically, little innocent dogs like Mr Buggles pay the ultimate price."